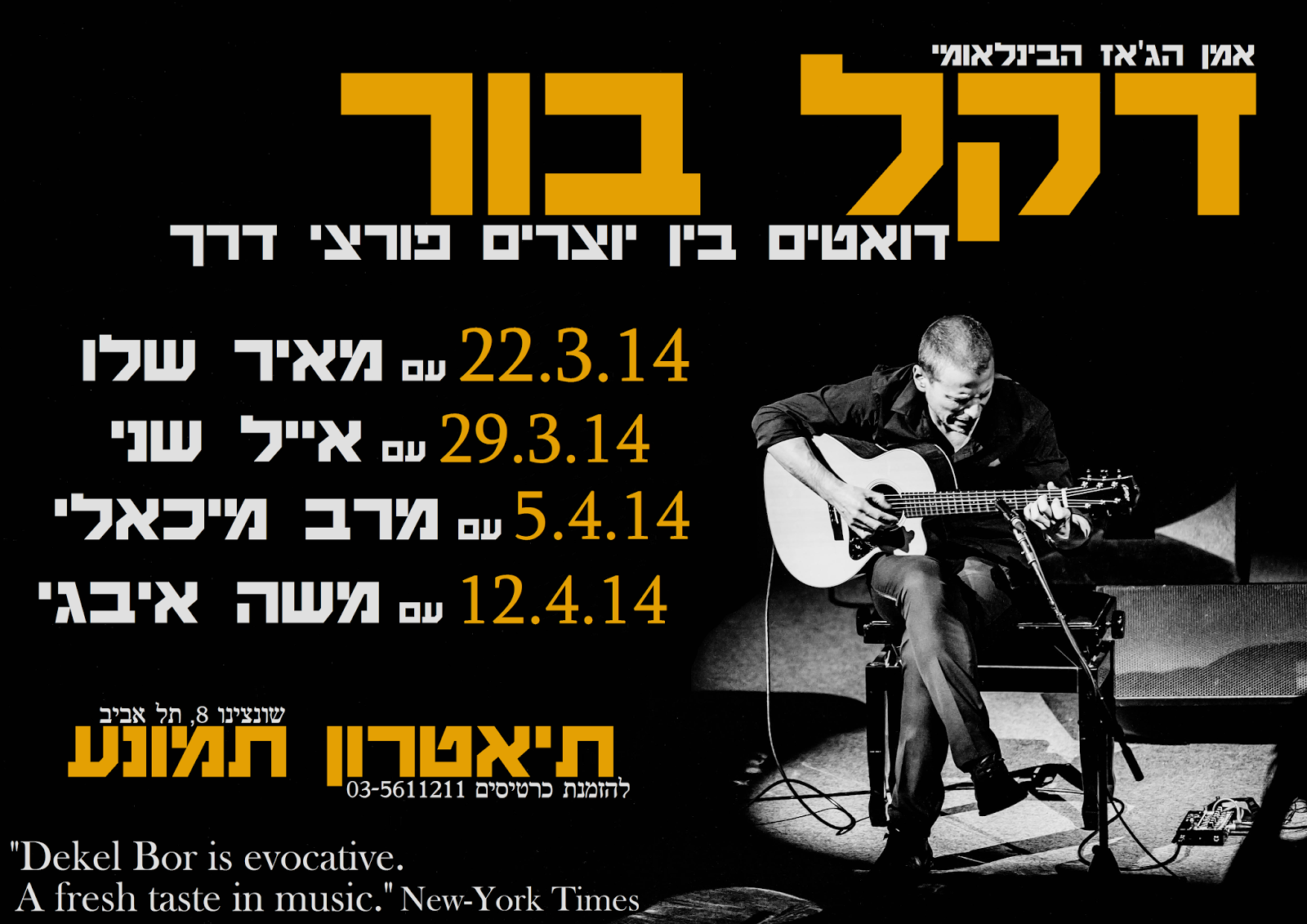 Dekel will take the stage with nothing but an acoustic guitar, and will improvise the concert from start to finish.

22.  3. 14 - Meir Shalev, Israel's most celebrated author will read texts from his works

29. 3. 14 - Eyal Shani is the most famous chef to come out of Israel. Eyal is known for his highly-passionate style, and charismatic love of poetry

12. 4. 14 - actor Moshe Ivgy, perhaps Israel's most prominent actor, is internationally knows for role in Munich alongside Eric Bana & Daniel Craig.
Moshe will read selected texts from the hebrew bible, from "Of Mice & Men" and many more.

& a Duet with a very special guest star...