Hope to see you there!!! 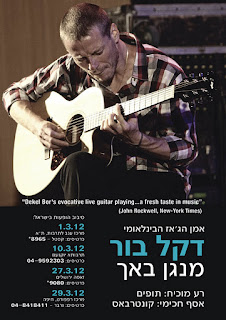 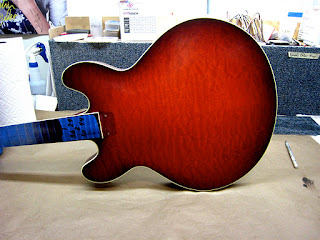 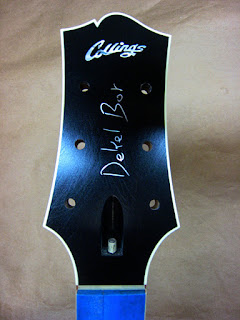 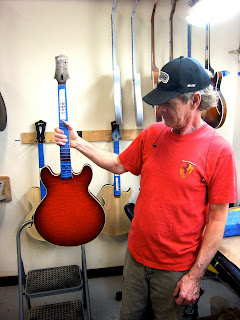 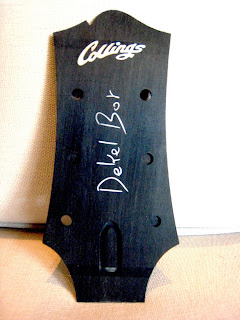 2011 has been an incredible year for Dekel  - from a packed-houses trio tour featuring Maor Cohen,
to the paris jazz festival, from an intimate duet with palestinian vocalist Mira Awad to playing for thousands of people at the August people's rights rallies.
Deke performed throughout November with Rea Mochiach,
and ended the year with a sold-out festival concert in Petach-Tikva on the last week of 2011. 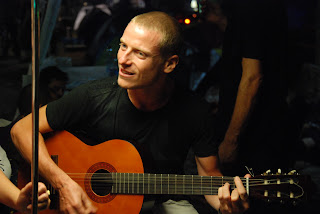 Dekel will begin the new year with an 8 concert-hall tour throughout Israel which will focus on Bach's iconic repertoire,
featuring Dekel's new trio with legendary israeli drummer/producer Rea Mochiach.

In april Dekel will premiere a new orchestral project with the Israeli Philharmonic Orchestra, featuring it's key soloists and a very special rock star.. 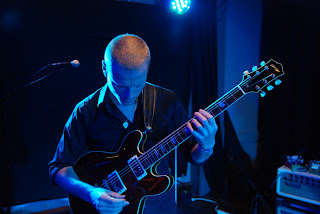 In May Dekel will celebrate his birthday with a series of concerts with special guests from the jazz and ethnic worlds.

The trio will be back in Europe both in July and in October. 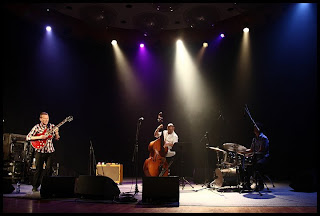 Dekel's signature TWE Overdrve pedal will be released just in time for the summer,
and we hope the prototype of his signature guitar will be ready for the Bach Tour.

We thank you for the support, and we can't wait to meet you after the concert! 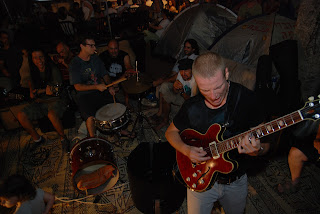 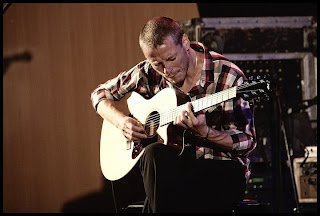